Though non-verbal, Zack is quite capable of letting people know what he needs. The other day something happened that assured me he is also learning to negotiate for what he wants.

Zack rarely gets to purchase lunch from the school cafeteria. He has brought PB&J sandwiches since Kindergarten, with few exceptions.

But the other day, when choosing what to do for Fun Fridays (a weekly change of pace at school when students get to go out or stay in to do a fun activity) he indicated to Jay and me that he wanted to buy his lunch and watch a movie on Netflix.

The box he had checked at school indicated he was bringing a lunch, and I wasn’t sure if we could change that option or not on a Thursday night. But I took a chance, checked the school website to see how much lunch cost, and put the money in an envelope for Zack to take to school the next day.

After settling on that option, Zack started pointing to the third option—going to Applebee’s for lunch. Not sure if he was just pointing for the sake of pointing or really wanted to go to the restaurant, I said, “Zack, you chose to stay at school and watch a movie, and to buy lunch there. You can go to Applebee’s the next time it’s an option.”

When he got off the bus after Fun Friday I asked if he’d eaten a hamburger for lunch and he said, “Yes.” I was glad he had been allowed to buy his lunch and eat one of his favorite meals that day.

The following Monday I learned that he actually one-upped us and scored exactly what he had wanted for the day. I received an email from his teacher that said: 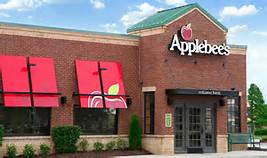 Zack expressed wanting to go to Applebee’s, which was our Friday trip last week. I hope that is what he was also communicating to you at home. He had a great time with his friends, ordering food and enjoying lunch out!

Chuckling to myself, I replied:
Interesting! He was asking for that and also to buy lunch at school, so we were confused. I finally said he could do that another time, but I am glad you honored his request and he got to go! Awesome. Did he order a hamburger? Just curious because he said yes when I asked if he ate a hamburger for lunch.

She replied:
Yes, he ordered a bacon burger and a root beer. 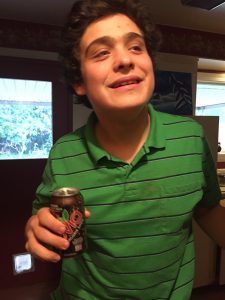 When he drank the root beer he joyfully said “So fine!”
I am happy Zack has been doing such a wonderful job stating his wants and needs.

Indeed! Our son is learning an important life skill: to negotiate for what he wants.

Tell me about at time your son or daughter with special needs negotiated for what he or she wanted or needed.