Some things are innate, regardless of intellectual acuity. One of those for Zack is an appreciation of beauty. He loves to sit and look at the water when we stay at a friend’s cabin in Northwest Washington State. 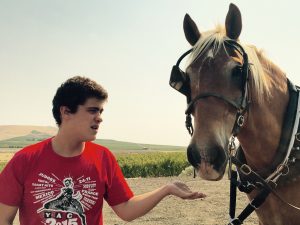 He delights in the softness of a horse’s breath on his hand when he feeds it some grass. He is quiet when listening to calming classical music. And he admires pretty girls.

There were subtle clues at first in his regard for beautiful girls—a greater willingness to follow directions when given by a young lady with long silky hair; following a particular female who worked in his after-school care when they had gym time; his face lighting up when a pretty girl said hello to him.

Then there was a day when this preference was obvious to a roomful of people. When Zack was about 15 years old we were at Children’s Hospital participating in a research study for fragile X syndrome. Zack had to have a blood draw and, though his tolerance for this had greatly increased over the months of the study, it still took four or five people to hold him in place every time he was poked with a needle.

On this particular day, Zack was passively resisting by laying back in a chair and squirming just enough to make it difficult to hold him in place. He has ample strength to combat several people, especially when it feels like a life or death matter to him. He wasn’t at the stage of open defiance yet, but he wasn’t making it easy for us either. 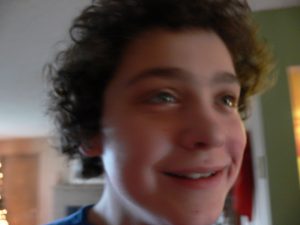 Then she walked into the exam room—a young, blond doctor-in-training with a Colgate smile and sparkling blue eyes who had come to observe the procedure. Without the slightest inhibition, Zack immediately sat up straight, grinned from ear to ear, and raised his hand to wave to her, saying “Hello!” in his clearest voice. The rest of the team stifled chuckles, recruited her to hold his arm, and he complied, making it the most successful blood draw ever.

In reference to his demeanor around young women at high school, Zack’s teacher Ben said, “In another dimension your son would be a football star with girls hanging off his arm.” 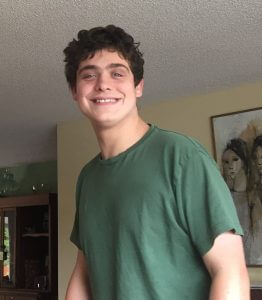 He is quite handsome, this son of mine, with eyes a kaleidoscope of Mediterranean Sea blues and greens, flawless skin, and a broad and welcoming smile. And he is friendly, known to stand up in the middle of a high school assembly and wave across the crowd to a peer tutor he recognizes. Of course, he never did this with guys—only the girls.

There was also the week at summer camp, at the end of which his counselor informed me, “Your son is a chick magnet!” 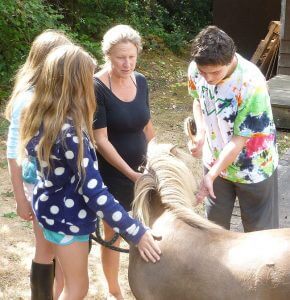 “What?!” I replied, astonished. His counselor continued, “The girls tend to congregate around him. But don’t worry, he’s always very polite, very appropriate.”

I had to smile. I’m pretty sure Zack wouldn’t know how to do anything inappropriate with a girl even if he wanted to.