Zack earned his best ever bowling score at today’s tournament: 61. That nearly rivals me! His team got Silver Medals – another best ever. But most important, we had fun and his coach, Meagan, said he’s stronger than in past years, using heavier balls and pushing them harder from the get-go to propel them down that long alley at Brunswick Lanes. I could see the improvement.

During the practice session Zack kept walking out of his team’s area and needing to be called back by his coach. She came over and told me he was saying hello to all the pretty girls. He waved too close to one girl’s face from his school, and she didn’t like that. Well aware of this tendency to want to greet every cute girl he sees, we asked Zack’s speech therapist to work on a social story for him around the issue. They work on it at school, too. And, of course, I remind him when we are in a situation where it is likely to happen. But it’s a hard one because he’s just being friendly. Of course, many girls don’t understand that and we want his interactions with them to be positive, not intrusive.

At one point, a fellow teammate gave Zack some tips and patted his back before he did one of his best bowls. I was sitting by the young man’s parents and they told me their son had been doing that a bit during practice, too. When he came over, I thanked him for helping Zack and asked if he could keep doing it, to which he replied: “No. I’m down to six cylinders now, and I don’t think I can do it again. Yeah, I’m missing a couple pistons.” Oh well, it was great while it lasted, and Zack did fine anyway. 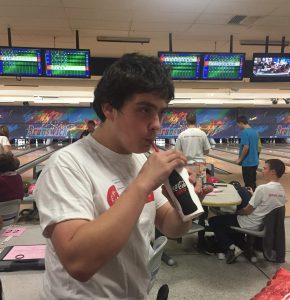 A coke halfway through the tournament has helped in years past. Without Jay to remember, I didn’t buy one until close to the end of the morning (and no, Coke in the morning is not our norm). Zack really enjoyed the special treat, but his second score may have improved if he’d had it to drink sooner. Lesson learned for next time. (Better lesson learned was to bring our own and avoid exorbitant bowling alley prices.)

A side benefit of the tournament was the chance for me to talk with other parents and learn about some resources for Zack. The folks next to me told me about a track team their son is on, which would be great for Zack this spring. And his Young Life (Capernaum) leader, Amy, told me about a few adult day care centers, which we may need next year after Zack is through with his public school program.

To cap off the successful morning, Zack and I drove to Trader Joe’s (our favorite store) afterward and did our weekly grocery shopping. No pop was purchased, which is our usual treat there, so I let him get a bag of Organic Blue Corn Tortilla Chips. Let the party continue! 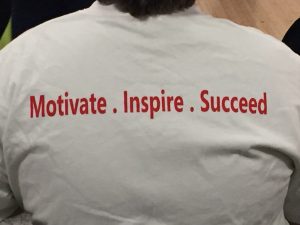 Zack motivates me daily, is a constant source of inspiration, and works hard to succeed. I’m proud of our man-boy. 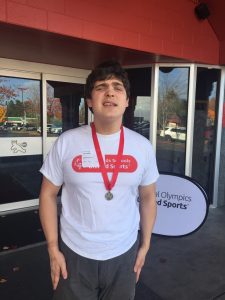