All grown up, playing Liszt 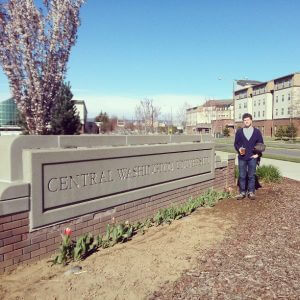 Four years ago when we visited CWU for the first time.

How did four years of college go by so fast?

Jay and Zack and I went to Taylor’s Senior Piano Recital (a requirement for graduation and a big deal) at Central Washington University this weekend. Aunts and uncles and grandparents and his new in-laws came, 21 family members in all.

It was stunning to watch Taylor play Chopin, Ravel, and Liszt—our boy who only played jazz before four years ago.

I was so nervous that I didn’t enjoy the classical half of the concert at all. ALL THOSE NOTES! ALL THAT SPEED! I knew how hard Taylor had worked on the pieces and I couldn’t stop pleading with God that he would make it through. Even when Jay leaned over after the Ravel and said it was the most beautiful music he had ever heard, I couldn’t relax until T’s buddies joined him onstage and they began to play jazz. 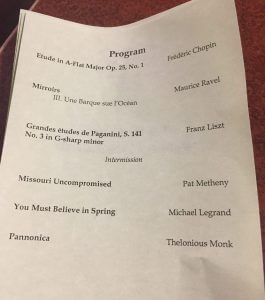 But he did it! He challenged himself with extremely difficult pieces—it doesn’t get harder than Liszt—and he did it!

His world-renowned professor, Dr. John Pickett, came up to me afterward and told me that my son is phenomenal; that for four years he has come to every lesson playing better than the week before; that he had great character and work ethic and tenacity; that he didn’t have to stretch as far as he did for his recital, but he had, and he’d achieved it.

I thought back to the little baby I sang to and danced with for hours in a tiny apartment on Capital Hill. Nat King Cole. Every day. I pictured the toddler who charmed me with his chubby hands and sweet smile, and how he could never sit still. I remembered the grade-school-aged kid with great eye-hand coordination and athletic skill. 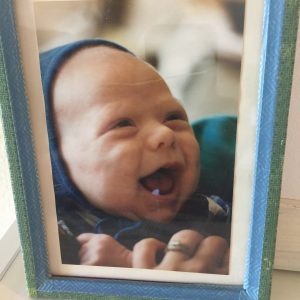 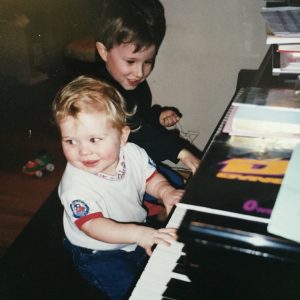 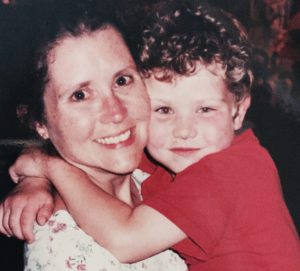 I thanked God for the thousandth time for Shelly Nash, his friend’s mom, who gave him weekly lessons for $10 so we could afford them, beginning in third grade. She started him on the black keys so he would be successful and love it from the very start.

I thanked God for Elliot, a ‘cool’ student from the University of Washington who taught Taylor everything he knew about jazz and more.

I thanked God for grandmas who underwrote those jazz piano lessons that were quite a bit more than $10 a pop.

I caught people at the door and politely encouraged them to eat, eat, eat … thanking them for coming, and saying that yes, as a matter of fact, I am Taylor’s mother. And I met dozens of people from Ellensburg who come to concerts all the time and have heard my son play for the past four years. 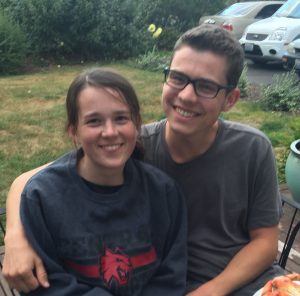 We stayed overnight and spent Easter with our new (through our son) extended family and I saw he and Cassidy work together to make a feast for all of us as they graciously hosted 10 people in their small apartment.

And then we drove home, my heart filled with the conflicting pride and joy and pain that is a mother’s lot—pride in the man my son has become, joy in his choices and the wonderful woman who shares his life with him, and pain that my little boy is a man now and will never be fully mine again.

Then I held my iPhone to my ear and listened to him play, fully enjoying every classical note this time around.

Beautifully written. An amazing achievement for your whole family. Awesome job, mom! You’ve done well in connecting him with music. I pray for that mama’s heart that has to let go in the middle of tears of joy and sorrow mixed together. Blessings.

Elizabeth – I’m sitting here with tears in my eyes…so very happy for you, and yet knowing all those other conflicted feelings of a mother of grown sons (as we talked about at the Advocacy Day). You have so many joys ahead of you –like watching your son when he becomes a Dad, and the joy of being a Grandma. Happy Easter! Christ is Risen!

Tears to my eyes, dear sister.