Siblings Need to be Heard

Our family had just settled on a blanket at the church picnic when our son Taylor’s former Sunday School teacher approached. After some small talk she told me about her relative with a disabled child. She and her husband had been so absorbed in caring for their son’s needs that his typically developing sibling had not received much attention. She believed this was the reason for the girl’s suicide as a teenager.

“I tell you that just to make sure it doesn’t happen with Taylor,” she said with finality.

A bolt of lightning-sharp fear entered my heart and I looked at Taylor, then four years old, with desperation. I would not lose this treasured child.

Parents of children with special needs are often accused of pouring all their energy into that child, to the neglect of his or her siblings. The word “accused” may seem harsh, but this is what it feels like when we are already riddled with conflicting emotions and self doubt regarding our parenting style and priorities. For the most part, I believe the people who say this, along with a host of others (usually with typically developing children) who feel the urgency to give advice to parents of children with special needs, are not doing it with ill intentions. They simply want to help, they feel awkward when faced with disability and blurt out unwise words in an attempt to feel more comfortable, or they want to assuage their own false guilt over having healthy children. Otherwise, why would they say such thoughtless words? 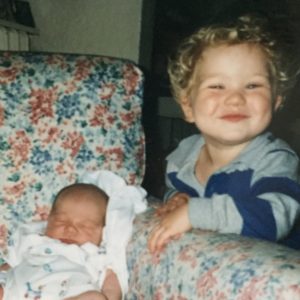 Friends and strangers alike have always assumed that our son, Zack, received the lion’s share of Jay’s and my attention, and that our older son, Taylor, got the leftovers. Fortunately, Taylor and I were well established in our communication by the time he turned two and Zack was born, and it’s never been the case that he has been ignored. In fact, because Zack so often didn’t want to interact with anyone, I had to make a conscious effort to give him time and attention in the midst of parenting a very interactive firstborn in whom I was easily absorbed.

We navigated many uncharted waters as our boys were growing up. There wasn’t any typical sibling rivalry, but we did have our fair share of other issues, some more typical than we may have thought at the time. From the completely different way we disciplined the boys (which caused Taylor to complain, “You never discipline Zack! You are so unfair!”) to the noise of Zack’s self-stimulation that drove Taylor, a musician with sensitive hearing, to rage, we had our hands full trying to meet both boys’ needs. 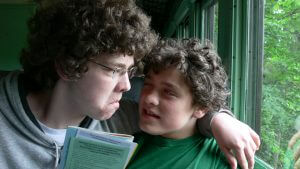 As with most couples, Jay and I have very different parenting styles. Though Taylor often accused him of favoring Zack, in retrospect it was a blessing that my husband gave Zack so much physical interaction and had so much patience with him. As Taylor grew up, he valued the depth of character in his father that enabled him to do this. Taylor’s admiration for his dad was evidenced during his freshman year of college when he was home for Easter.

On that occasion, the four of us were standing by a lake, singing worship songs at our church’s sunrise Easter service—Zack, Jay, Taylor and me, in that order so Zack would not repetitively touch my face and pull my hair throughout the service. That meant Jay was “on duty,” holding on to Zack’s belt loop as he gyrated and bounced around, trying to escape to get into the water of that very cold lake every few seconds. Jay made keeping Zack in place look easy, though at age 17 his son matched his height and outweighed him by 40 pounds. 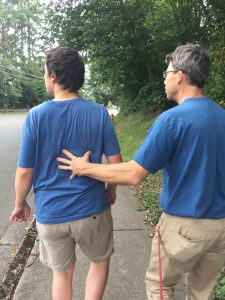 During a break in the music, Taylor and I looked at each other and then at Jay and Zack.
“Your father is a good man,” I said.
“Oh yeah,” Taylor said, his voice thick with emotion. “He is relentless in his service.”

I nodded, tears filling my eyes as I thanked God for such an excellent husband and for the maturity in Taylor that allowed him to be patient with Zack and see the worth of his father.

It wasn’t always this way, especially during the pubescent years when Taylor was often aggravated by his brother to the point of tears. The attention that Zack garnered in public was humiliating to him. As a mother, I had learned to focus on what Zack needed and I didn’t allow myself to worry about what other people thought. I had to do this or I would have stayed home and never ventured out with Zack, and that just wasn’t an acceptable lifestyle for me.

The tolerance that I have for Zack’s noise is not as easily accessed by Taylor. I almost feel like God has given me a supernatural deafness to Zack’s repeated, constant chatter. It is a background to my daily life, and sometimes it bothers me, but I’m usually able to block it out.

What is background noise to me has been a chief source of frustration for Taylor. Zack’s over-the-top squeals or angry shouts in loud, public places are why Taylor asked us to stop bringing him to soccer team parties when he was 10. It’s why we left Zack with a caregiver whenever possible if we went out to dinner and never went to Taylor’s school events with our youngest son.

I remember a friend talking about this same dynamic in another situation. She stated categorically, “That sibling just needs to learn to accept the one with disabilities and let them be themselves. The world needs to adjust.” 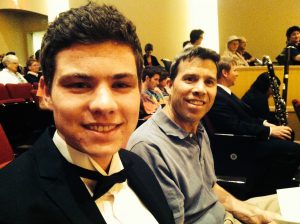 There is a time and place for everything. Taylor had plenty of time with Zack, and plenty of opportunities to be tolerant and deal with the challenges of a highly disruptive brother in public places. But he also deserved to have time away from his brother—time for his own accomplishments to shine, time to play with friends without anyone asking “What’s wrong with your brother?,” and time to be just one of the gang.
Being a kind and gentle-souled child, Taylor struggled with his feelings about Zack. In one especially difficult car ride through town, he said with tears,

It took some time for the confession to be made, but finally he said, “Sometimes I wish Zack wasn’t here.”

Travel with me in the time warp of my internal reaction to this, which took less than 15 seconds but went lightyear speed: God, help me say the right thing! This is good—so good that he can tell me this. I wonder how long he has carried this burden? Validate first. Normalize. Thank You, God, for John Gottman’s book, Raising an Emotionally Intelligent Child. I know what to do now. Help me not blow it.

Taking a deep breath, I said, “Of course you feel that way. And you know what, sometimes I wish that too, Taylor. But it’s not Zack I don’t want. It’s the fragile X syndrome that I don’t want. I love Zack, and I know you do too.”

He nodded through tears.

“It’s okay to feel frustrated, and to be angry, and to wish Zack would be quiet and even not here sometimes. Even kids with regular siblings feel that way. How you feel is not right or wrong. It’s how you respond to how you feel that matters. It’s important to always be kind, no matter how we feel.”

I could tell that my words of validation helped take away some of the enormity of the weight that Taylor was carrying. We would have many subsequent conversations through his teenage years, just as we’d had all along. 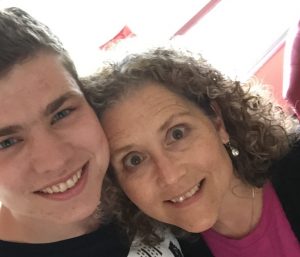 Everyone needs to be heard. When we know our emotions are valid and that others have felt the same way, it normalizes the situation. Opening the closet and letting the boogie man out, in the presence of someone who is safe, takes away false guilt and fear.

The last thing Taylor needed was a lecture on loving his brother. He already loved him. He needed to know it was normal for him to want to run away from or get rid of a cause of deep stress and pain. Because I have received God’s grace so many times when I felt at the end of my rope with Zack, I was able to extend that to Taylor. That grace is what keeps us going; it is what love is all about.

Well, hello, Elizabeth! I just read your wonderful post about siblings who require drastically different parenting. I have had gut wrenching guilt sometimes over the amount of attention Derek needed and little Eryn-Michelle paid the price. She and I have had very similar conversations as you and Taylor and she understands that to parent them the same would be drastically unfair to both of them. In fact, she now works with Autistic kids while going to college to get her degree in psychology. She and I had a talk just a couple of weeks ago and out of the blue she says, “Mom, I don’t think about you not being there for me because you always were. Even if you don’t think you were, I always knew and always will remember that I could come to you and feel secure.” And now, she is learning great skills to deal with her own behaviors and feelings towards Derek and our family get togethers are much more pleasant. Reading your blog has made me feel like I’m not alone in my struggles over the years. It was nice to find your blog and I’m glad to hear you and your family are doing well.

Lorna — How nice to reconnect! Thank you for commenting. I hope everyone is doing well in your family, and it sounds like they are.
(Please check out the rest of my site and send me a story of 500 words with photos if you want to share about your family with others.)