Zack hasn’t been to the dentist for four years. He aged out of the clinic he was going to and we couldn’t find another that would take him. Then our doctor at the Autism Center gave us a referral and Jay made the appointment. I couldn’t bring myself to do it.

Do I have something against dentists? Not really. Having Jay make the appointment is just my way of passively resisting all that I know will happen once Zack is sitting in that reclining chair. 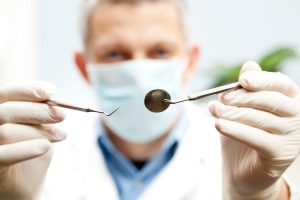 Traumatic is the only word to describe going to the dentist with Zack. My blood pressure rises just remembering my little boy wrapped in a cloth that closes with Velcro–lots of Velcro–to hold him in place (this is called a papoose to give it the illusion of coziness). I can still see him fighting with the strength of a grown man to get out, tears streaming down his face, screaming like someone was going to rip his teeth out of his head.

The second time we went, our pediatrician gave us Valium for Zack. It might have helped more if he’d given it to me. After taking it, Zack slept all the way to the dentist. Then, as we turned into the parking lot, he woke up. Repeat paragraph above for what happened next.

After that I made Jay take him on his own. Call me coward. You weren’t there.

Now you can imagine how I felt yesterday when it was time for me to take my youngest child (so what if he’s 20?) to THE DENTIST. First, Jay was meeting us there in the middle of his work day rather than driving with us. Second, I got to Zack’s school right when they were having a fire drill and I couldn’t leave until it was over. Third, Zack wasn’t at school, he was en route from his job site, so I had to meet the bus halfway in order to make the appointment on time (thank you, Linda at VOICE, for making that happen). Fourth, it was pouring buckets outside.

I debated telling Zack where we were going on the way there. I have a policy as a Mom that I tell my kids the truth and prepare them for things ahead of time. But I decided not to this time. He would know soon enough.

Skipping ahead, we went into the room where Zack was to be examined and he willingly agreed to sit in the chair. Then he even put his feet up and laid back a little. There seemed to be no connection with this place and past trauma. What a relief! A young dentist came in and asked Zack to open his mouth. 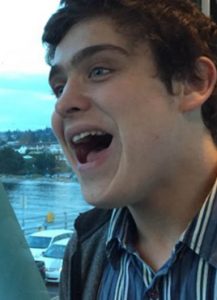 Conveniently, Zack has been really into opening his mouth WIDE lately! He does it all the time. So he was happy to open it for the dentist who, defying all odds, saw a lot in there without even touching my son’s teeth. He tried to put his mirrored utensil in once, but Zack’s mouth shut tight and his lips pursed together around the mirror as if he was going to hold onto it forever. Then we tried to get x-rays, but that didn’t work either.

Despite backing off whenever Zack resisted, Steve the dentist was able to tell us that even though Zack only brushes one quarter of his mouth (the lower left) he didn’t see any signs of cavities or erosion. There could be some between teeth, but there wasn’t any on the surface or sides. No plaque to speak of either. Way to go, Zack! Thank You, God, for good teeth and for an apple at the end of every meal.

Now for the bad news–impacted wisdom teeth. Ugh. So we talked about anesthesia options.

“We once had someone rip off all his clothes and run down the hallway during an exam,” he said. “We live for these things.”

Okay then. I think they can be trusted. He promised the team would come up with a plan and let us know what it is in a couple weeks.