Tomorrow will be Zack’s and my fourth time volunteering at a women’s recovery program run by Seattle’s Union Gospel Mission. We help with the dinner shift, which serves about 130 women and children.

I told Jay the other day, “I feel like I’m finally doing right by our son.”

It is completely illogical, I know — but I’ve always felt guilty for not teaching Zack things. Not that I didn’t try. And not that he didn’t learn some things from me. But every teaching opportunity was like trying to pull a parked car with its emergency brake on up a steep incline.

Impossible. And, even when he did learn something, the process was so slow that it negated any feeling of having done my part.

But in the two months, since the ABA therapy started, it’s like everything Zack has been watching us do for his entire life (which we didn’t even know he was watching) is now within his capacity. Okay, maybe not everything. But some things! 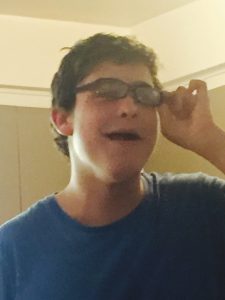 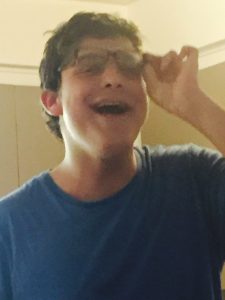 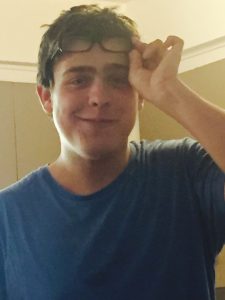 So, four Mondays ago, we went to Hope Place, and after some direction we started pulling chairs off tables and setting them up for dinner. I showed Zack how, and he did it! He just did it. Just like that.

You may have to be me to understand how miraculous that is, but try for a moment. It’ll give you a thrill!

Then he poured juice into cups that filled a tray. And he scooped cole slaw into bowls and put them on the top of the glassed-in serving space for people to pick up (about 30 bowls, all on his own initiative.) Next, he took the tongs out of my hand and put chicken pieces on plates. I didn’t even know he could use tongs! Then, he helped me wipe tables and we put the chairs on them again, and he held the picker-upper device while I swept.

We worked for two hours. I was stunned.

Now, lest you think everything is hunky-dory and easy-peasy, it’s not. For one, Zack refuses to wear plastic gloves — and there will be no more serving food until he does. That first week, he screamed when I pushed the issue, but then he got himself under control. Since then, I ask, he refuses, and we leave it at that.

So, we are relegated to cleaning, which is alright by him.

For another, we only lasted 1.5 hours the second week, and 1 hour the third, but that one was because I had a meeting at work that went late.

NEVERTHELESS, we volunteered and Zack followed my lead and worked, and I’m so proud of him. 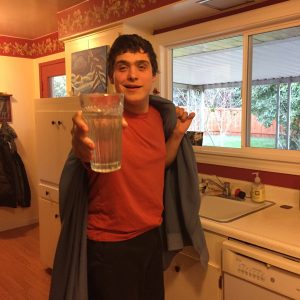 Oh yes, characteristically, last week he went into the middle of the cafeteria, broke out into a huge grin and waved, saying hello in his you’re-the-most-incredible-person-in-the-world-and-I’m-so-happy-so-see-you voice. Nobody really knew who he was greeting, but two women cheerfully waved and said hello back.

I expect my son will be going from table to table greeting people individually before too many more weeks have passed.