I want to take credit for Zack’s loving, joyful nature, but of course I can’t. It’s how God made him, and believe me, it tops my gratitude list. He could be disagreeable or have violent outbursts because of the overstimulation of his sensory system that he experiences every moment of every day.

In the early years of Zack’s life, his emotions could be compared to a rollercoaster ride—intense and constantly up and down, with frequent loop-d-loops. What sounded like uncontrollable giggles most often led to uncontrollable wailing and tears. We spent most of our time trying to shield our little boy from unexpected noises, lights, smells, people, and a host of other things that easily overwhelmed his sensory system and brought on emotional breakdowns. It was exhausting, both physically and emotionally. 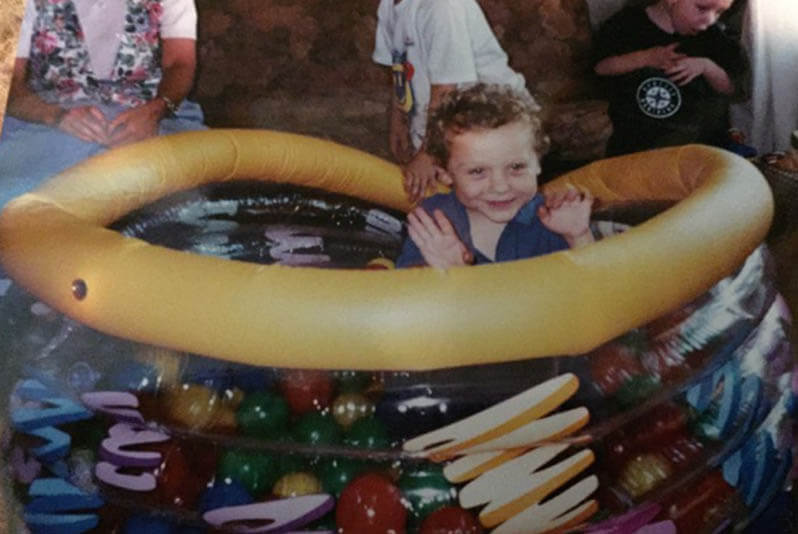 Jay refers to those early days as “The good ol’ days.” I think he must have amnesia, because they were the most stressful days of my life and I’m just grateful we made it through and are on more solid ground now. Blessedly, Zack’s ability to handle outside input to his senses has increased with every year of his life. What has remained in place of those wild swings of emotion is a cheerful temperament and a good sense of humor.

A cheerful disposition opens doors and can be a real game changer. Most people love my son. What’s not to love? He comes into school with a huge grin on his face and goes into the offices of the secretaries and director to wave hello every morning. They tell me that he brightens their day. In addition he’s agreeable and easy to redirect, which I’m told makes up for his lack in the abilities that many other young adults in his program have.

How did we get to this point? For one thing, his nervous system matured with age. For another, we learned about something called a Sensory Salad, which is providing sensory input throughout the day to help keep a person grounded and aware of their body. A physical therapist taught us how to do joint compression and brushing, which provided what Zack needed to remain calm. We also set up a swing in his bedroom, gave him a large exercise ball to bounce on, and put a trampoline in our backyard. Having his sensory needs met helped regulate his emotions.

And, somehow on what felt like a very dark and uncharted path, Jay and I were consistently gentle and we quietly became what Zack needed for parents. From the beginning he had a heart so tender that it broke mine. If he sensed disapproval, he would cry inconsolably. To say, “Zack, that’s naughty,” brought on hours of tears. You can bet I didn’t say it more than once or twice. Any escalation of emotion or irritation on my part was mirrored in him—so I didn’t escalate. It is possible to remain calm and not become agitated by extremely irritating behavior. You just have to train yourself, and pray a lot!

Alternatively, driving by yourself in the car with the music blaring while you cry and scream helps release frustration without any damage to your beloved family members.

What do you do to release tension when your child is having a hard day? What’s your favorite song to blare in the car when you’re all alone?